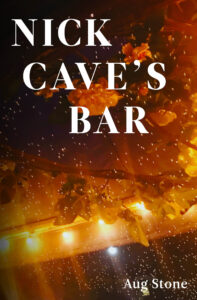 A mission to find a mythological watering hole… In June 1999, Aug Stone and his best friend flew to Germany to find the bar they had heard Nick Cave owned in Berlin. They assumed they would get off the plane, ask ‘which way to Nick Cave’s bar?’, and then spend the rest of their time living it up amidst the wild world of its confines. Instead what followed were nine days of confusion, thwarted plans, and perpetual drunken misery. To this day, they’re not sure Nick Cave ever owned a bar in Berlin. 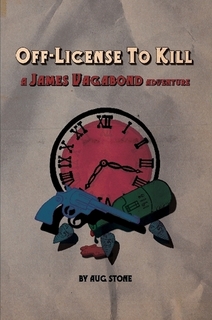 My ‘entertainingly deranged’ comedy novel, Off-License To Kill, available in paperback and e-book.

James Vagabond, star agent of Britain’s Drunken Secret Service, is sent back in time to stop U.S. Prohibition from ever happening. With help from the delectable Cherry Waters, he’s going to save America’s drinkers from a fate worse than death – enforced sobriety. But can they defeat the infamous Dr. Hoo-Nose, who has other plans for an unsuspecting 1918?